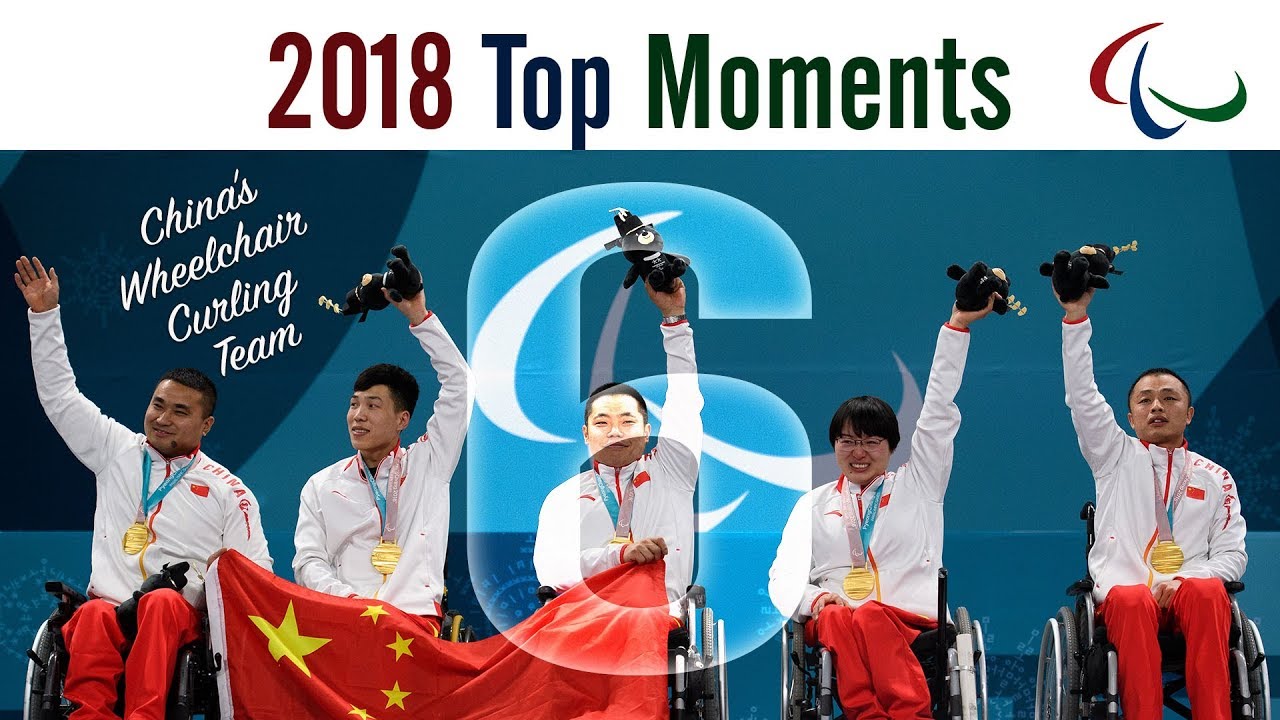 With four years to go until their home Games in Beijing, China claimed their first Winter Paralympic gold in wheelchair curling.

This historic achievement at PyeongChang 2018 is No. 6 in the International Paralympic Committee’s Top 10 Moments of 2018.

In the gold medal game held at the Gangneung Curling Centre, China defeated Norway 6-5 after a dramatic extra end.

China finished the first end two points ahead. Norway scored a single point in the second after Rune Lorentsen tried to blank the end but his shooter stopped on the edge of the 12-foot.

Wang made a mistake in the third end which helped Norway take a 3-2 lead. But China levelled in the fourth at 3-3.

The second half remained tense, with Norway blanking the fifth end before Lorentsen was forced to hit for a single point in the sixth end.

Going into the last end, China were leading 5-4. Lorentsen again hit one point to take the game into an extra end.

China’s third player Chen played a precise draw around six guards to sit in the four-foot as shot stone. Lorentsen was unable to remove the stone with either of his two attempts giving China the 6-5 victory and crowning them Paralympic wheelchair curling champions.

"We just cheered each other on throughout the game and I tried to do my best,” Wang said.

“Maybe that's the reason why we could get the gold medal. China, my country is very important for me, so listening to the national anthem was a very special moment. It's the first medal of a Chinese team in the Paralympic Winter Games, and I think it is pretty big. We are very excited."

The win also saw the team voted Allianz Best Team of the Month for March with 56 per cent of the votes, ahead of the South Korean and US Para ice hockey, and Norway wheelchair curling teams.

The countdown of the IPC’s Top 10 Moments continues until 31 December.