The red carpet was rolled out for Para triathlon in Copacabana Beach, Brazil, four years ago for its Paralympic Games inauguration. Here are moments that made it special:

Para triathlon was one of two sports making its first Paralympic Games appearance in 2016, and the moment was filled with two days of sun and bliss.

The first day opened with three men’s competitions across PT4, PT2 and PT1 (sport classes were renamed after the Games). Germany’s Martin Schulz was crowned the sport’s first Paralympic champion. Mohamed Lahna was Africa’s lone representative and made it even more special with the PT2 bronze medal. The PT1 category saw a Dutch one-two finish in Jetze Plat and runner-up Geert Schipper, who later joked it must have been the Holland potato diet for their success.

The US women stole the spotlight the following day, wrapping up Para triathlon’s debut by topping the podiums in the PT2 and PT4 events.

While Allysa Seely crossed the finish line as the Paralympic PT2 champion, she waited about a minute there for her teammate Hailey Danz (then-Danisewicz) who took the silver. Both did not leave their position, and instead together waved USA flag as fellow compatriot Melissa Stockwell came down the home stretch to complete the US sweep.

Seely overcame her toughest rival Danz, proving after back-to-back world titles, she truly is the top of the division with the Paralympic gold.

For Stockwell, the bronze was a different meaning. She barely made it to the Games, earning a bipartite slot to Rio 2016. Her medal just happened to be celebrated on the 15th anniversary of 9/11; she was a former US Army Officer who lost her left leg in a roadside bomb during the Iraq War.

The match-up occupying centre stage went down in the men’s PT4 between Germany’s Martin Schulz and Canada’s Stefan Daniel. A young talent on the rise, Daniel upset Schulz a year before at the World Championships for the gold. But in Rio, only half a minute separated the two on the podium.

While Daniel had the faster run, Schulz managed to keep his distance in the swim and bike segments to secure the coveted gold. The German said the run was the toughest he ever endured. But when he approached the finish line, knowing he was well ahead of Daniel, he began to walk, savouring the seconds leading up to his historic victory.

Coming down the stretch was US teenager Grace Norman, lifting the finish line tape over her head in disbelief. She had overcome gold medal favourite Lauren Steadman to become a Paralympic champion.

The British triathlete had been undefeated for the most part since 2014. But the mishaps at the 2016 World Championships in Rotterdam, the Netherlands – a crash in the bike – and then in Rio 2016 – missing a bogey turn on the swim – hurt Steadman, who took the Paralympic silver medal. While Steadman did make up ground in the bike and run elements, she commended Norman for a phenomenal run to close out with a strong finish.

The Rio gold was in the taking for Katie Kelly and guide Michellie Jones. The Australians did just that, stamping their dominance in the PT5. The tandem had gone undefeated in the sport since taking it up two years prior.

Kelly, who is legally blind, and Jones came from behind during the swimming leg of the event before powering home in the final run. Jones had won the first Olympic triathlon silver medal at Sydney 2000, but helping win the first Paralympic triathlon gold in Rio was icing on her birthday cake, as she turned 47 that week. 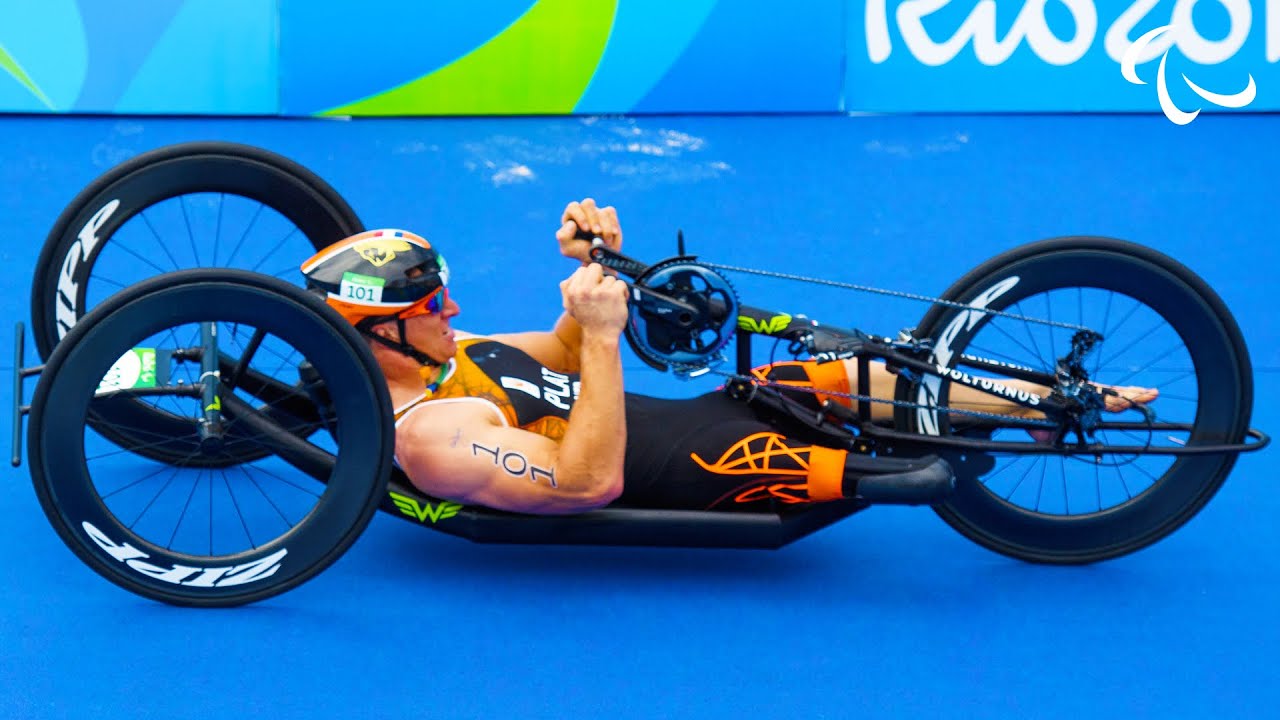